Ekaterinburg
+7(343) 310-01-01
info.ekb@4ehotels.com
Menu
Booking
Booking
online booking system
Best price when you book on 4ehotels.com
Free high-speed Wi-Fi
Breakfast until 3 pm
Coffee machine in rooms from Deluxe category
In-room iron and ironing board
24-hour complimentary business center and fitness center
Main » News » Do you love the Beatles band? We know what we can offer you.

Do you love the Beatles band? We know what we can offer you. 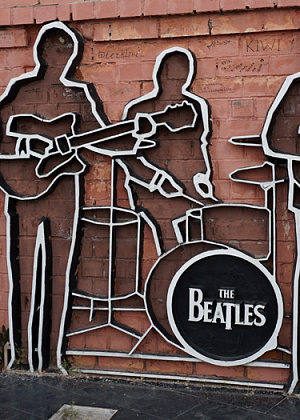 Guests of the Ural capital have a unique opportunity to visit the first monument in Russia of The Beatles band, which is just in a 15-minute walk from the hotel.

The monument of the Liverpool Four in Yekaterinburg establish on May 23, 2009, is the first monument dedicated to the Beatles in Russia and the only one in our country.

The monument is a silhouette of members of the Beatles group, mounted in a brick wall. Their size is slightly larger than real human growth. The words “The love you take is equal to the love you make” are displayed on the wall next to the monument. These are the words for the song “The End” from the Abbey Road album, released in 1969.

Another interesting fact is that this monument was raised with money from the Beatles fan club.

The activities of the fan club interested the British television channel BBC. In March 2011, the BBC crew came to Yekaterinburg to shoot a documentary.

info.ekb@4ehotels.com
We use cookies to improve the way you interact with our website. By continuing to view this page, you are agreeing to use cookies. Learn more about our "Cookies Policy".
We use marketing cookies if you have given permission for this. If you do not give permission, advertisements will still be shown, but these are random advertisements. You can make your choice below.
Services